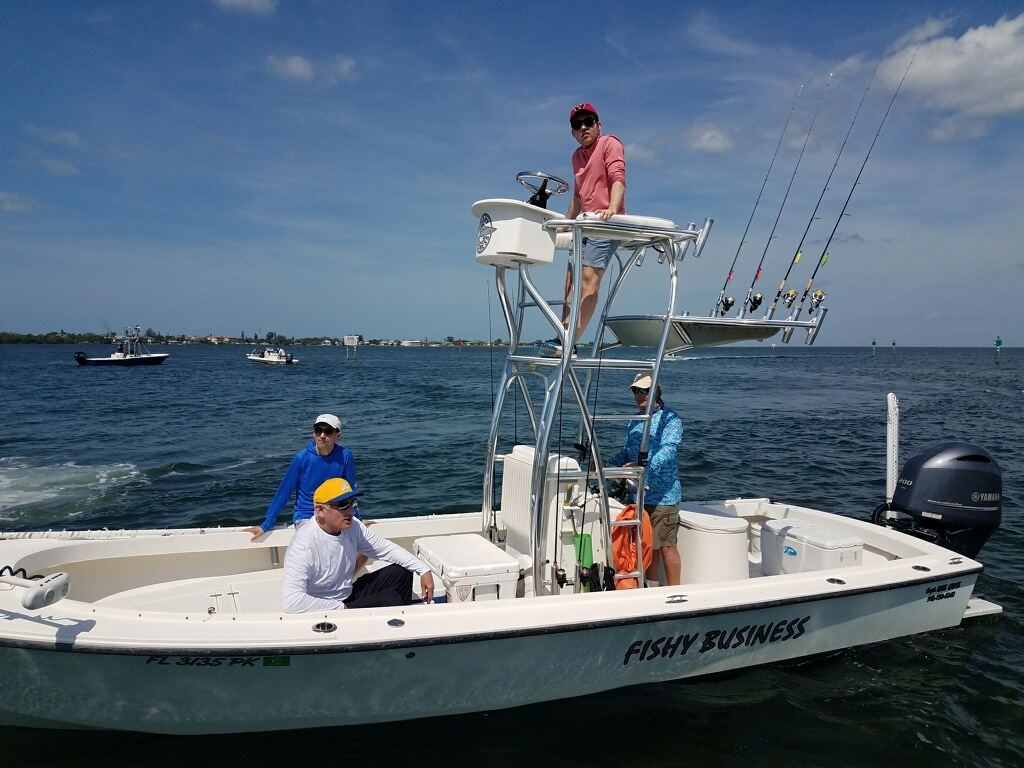 Captain Rick Gross was born in Tampa Florida in 1960. Moved to Bradenton Florida in 1974. Rick’s love for fishing lead him to make a career in the industry. In 1986 he passed the Coast Guard Exam and started Fishy Business Charters. Captain Rick has been featured in the Bradenton Herald, Sarasota Herald and Tampa Tribune newspapers. Rick has also done articles in Florida Sportsman and Saltwater Sportsman magazines. One of the main speakers for the Bradenton Heralds Fishing College for many years. Captain Rick also was a regional speaker for Saltwater Sportsman’s National Seminar Series. Captain Rick has done T.V. appearances in “Your Guide to Fishing” “Hooked on Fishing” and “Reel Animals”.